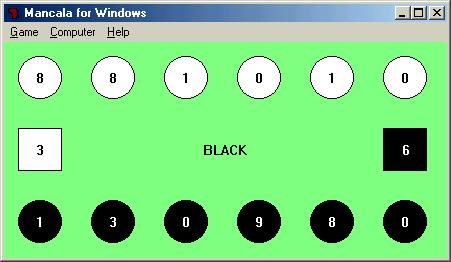 In this computer version, it is possible to set the number of playing fields, the number of stones initially in each field, and whether the stones must be distributed uniformly or at random.
It is also possible to let the computer play one (or both) sides, adjusting the playing level, which is the number of turns it thinks in advance.

This version was released on 25th February 2003.